The University is adopting an new Quality Enhancement Plan (QEP) that centers on Student Research Experiences.  The

Apply to teach abroad for summer 2021

For the past year, UL Lafayette architecture alumnus and Lafayette artist Dustin Rousseau has been working with General Public and Restoration Hardware (RH) to sell prints of his paintings across the country.

Trained in architecture, Dustin Rousseau takes inspiration from the built environment. Working with heavy body acrylic paint in a minimalist palette, he combines painting and drawing techniques to create layered, highly tactile paintings. Each work is an opportunity to explore spatial relationships, order, scale, and dimension.

Restoration Hardware has featured several of Rousseau's paintings in their stores and catalogs. Due to the success of his current featured work, several more of his paintings will be included as part of their new Fall 2019 collection.

The collaboration began in the Spring of 2018 when General Public, an art curation company co-founded and run by Portia de Rossi, made a post on Instagram calling artists to submit their work for possible inclusion in their collections. Rousseau submitted a few photos of a recently finished painting. A few months later, General Public contacted Rousseau saying that they loved the work, and Rousseau shipped two paintings to Los Angeles for de Rossi and her team to review in person.

At the time, General Public was working with Restoration Hardware on building a new collection of contemporary artwork to sell in their stores. Restoration Hardware loved Rousseau's work and chose to include the two paintings in their collection. A few months later, they returned to Rousseau for six more paintings to add to their collection and are currently featuring eight of Rousseau's works, with more to come.

A few months ago, Rousseau traveled to Los Angeles to meet de Rossi at the General Public Factory, where she gave him a tour and peek of the test prints prints of his work. Their trademarked synograph 3D printing process allows them to scan an original painting and 3D print it to give it the same look and texture as the original.

Rousseau says: "I am honored to be able to represent UL Lafayette’s School of Architecture and Design, and Lafayette as a city and cultural hub. It has been a surreal process, and I am so thankful to have been given the opportunity to work with one of the biggest companies in the design and home furnishings world."

The UL Lafayette School of Architecture and Design is proud to congratulate Dustin Rousseau on his recent accomplishments and exciting collaborations and looks forward to seeing what the future holds for this former design student.

Rousseau regularly posts new work on his website and on his social media accounts. His work is currently available for purchase on Restoration Hardware's website; be on the lookout for new additions coming soon! 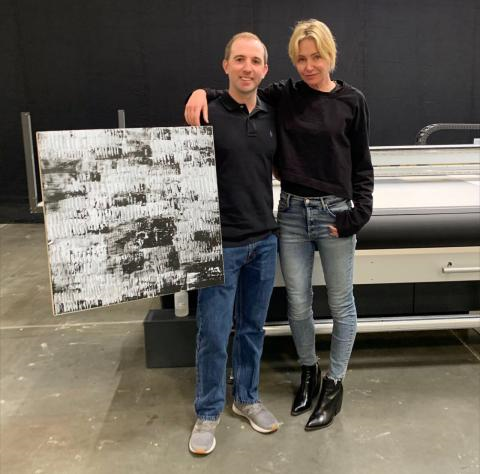 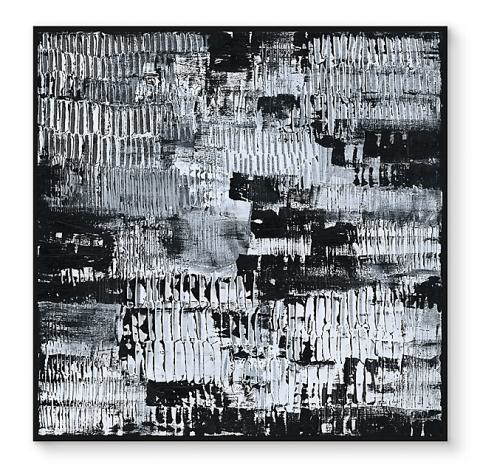 Study In Black No. 2 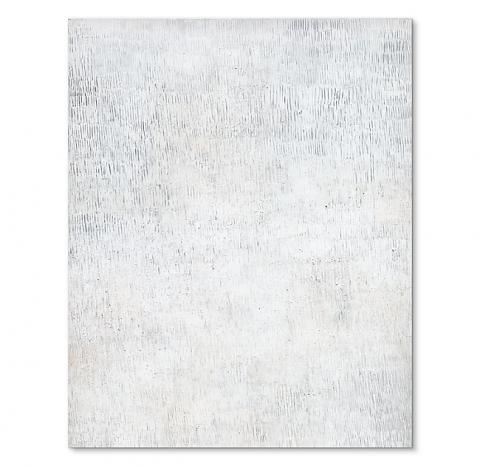 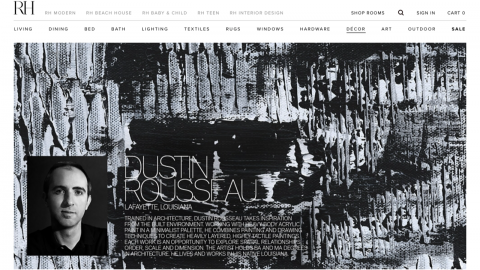